Back to Global Movement News page

The IEC was emailed a detailed report from Colombia about the International Poetry Festival in Medellin.  We are posting the translation and condensed version posted on revcom.us so as not to duplicate efforts.  Those who publicly signed the Appeal at the Festival are entered into our full signers' list and include artists we listed in our August 8 Alert.

In late July, the 32nd International Poetry Festival of Medellín took place with scores of invitees from 24 countries. This internationally recognized Festival has been held since 1991, organized by the poetry magazine Prometeo and the World Poetry Movement. There were readings in different parts of Medellin and nearby cities to large audiences. The poets recited songs to nature and against its destruction by capitalism; for unity among the world’s people against femicide, colonialism and racism, performing in multiple languages enabling a rich exchange between artists and audience.

Our team of about ten (from Medellín and other parts of Colombia) spread out to events in different venues of the city. Inspired by the Appeal of the International Emergency Campaign (IEC), we aimed to publicize the situation of Iran’s political prisoners, the IEC and its Appeal. We urged artists to sign the Appeal and get it to others worldwide. We asked them to join in denouncing the repression, torture, imprisonment, and assassinations by the Islamic Republic of Iran (IRI), to join in condemning the threats and war moves of U.S. imperialism and its economic sanctions that add to terrible suffering of the Iranian masses. We distributed the Appeal in Spanish, English, Portuguese, and French; setting up a huge exhibition with “Burn the Cage, Free the Birds!” theme with a collection of 36 displays (see photos). We held a screening of the documentary Nasrin. We spoke about the IRI’s recent escalation of imprisonment, torture and execution of artists, poets, human rights defenders, feminists, activists, environmentalists, and many other people, highlighting the recent jailing of filmmakers Jafar Panahi, Mohammad Rasoulof and Mostafa Al Ahmad.

Broad Receptivity to the Emergency Appeal

From the start, we urged poets from Africa, Europe and Latin America to sign the Appeal and spread it. The response was generally very receptive. Many were unaware of the ongoing situation in Iran. Some people expressed surprise to encounter this campaign in Colombia and found it inspiring.

A young man from the Festival organizing team, upon hearing about the Appeal, asked with some sarcasm “What does that have to do with Colombia?” After explaining the situation in Iran, and its prisoners, we highlighted key points of the Appeal like “All those who stand for justice and yearn for a better world must rally to the cause of freeing Iran’s political prisoners NOW.” He then took us to the co-director of the Poetry Festival to tell her this was an important campaign and that they should know about it. The co-director then spoke to a Peruvian woman who said she would spread it among her friends, especially Iranians.

About 20 poets signed the Appeal, agreed to share it with others, and left their contact information. Kayo Chingonyi, a Zambian poet living in England, said that after signing it, he read the IEC webpage and then shared it with others, including his producer, an Iranian. In general, everyone expressed recognizing the serious situation in Iran, and among the majority, a willingness to listen with genuine receptivity.

In the closing days, we organized two graphic exhibitions with several portraits of Iran’s political prisoners and short write-ups of their cases, some poems by Iranian prisoners, the Appeal in Spanish and its English ad in The New York Review of Books. We also had a flyer of Bob Avakian’s quote on “the two outmodeds.” These were held at the University of Antioquia and the Casa Cultural La Pascasia, in downtown Medellín. A professor of “History of Art in Times of War” who taught at Arts Department of the University of Antioquia, stopped on her way to class to see the exhibition with some of her students. She said the exhibition grabbed her attention and invited us to speak in one of her classes.

Fierce Struggle over Nationalism vs. Internationalism

On the other hand, besides some apathy related to the idea that “things are already changing here” with the “left” government, many people were curious about why people in Colombia were actively promoting a campaign for the political prisoners from another country. This enabled discussions of a very important aspect of this campaign: Internationalism. We explained this is not simply to express solidarity with those suffering repression in Iran, but to see their cause as our cause. Our starting point is not what “affects our country” or “our people” understood in a narrow nationalistic way. Our starting point must be humanity and the planet and the struggle to end oppression and exploitation in all parts of the world, not just in what is considered “my” country.

Most people did not ask these questions with bad intentions but with concern. However, among those who did ask questions with bad intentions, there were accusations such as “they do not care about the problems of Colombia.” In addition to defending Iran as part of a “bloc of anti-imperialist countries,” one Festival organizer approached those talking with the poets for “taking advantage of HIS space.” And a retired professor, a member of the university professors’ union, criticized our concern for the political prisoners in Iran and being against U.S. sanctions on Iran. He said you have to support the Islamic regime because it is a force “opposed to Yankee imperialism” and “we cannot forget that the main enemy is North American imperialism.” He also stated that, although he does not agree with the treatment of women in Iran but this as “part of their culture.” We confronted these wrong positions and after listening to our arguments, the professor-unionist decided to go and see the Exhibition.

Many of these collaborators have political affinity with the organizers of the Festival who are members of the old, non-revolutionary Colombian “communist” party (PCC). One of them argued that “the U.S. is the country promoting and financing the protests in Iran,” “Iran is part of an anti-imperialist bloc,” “I have not seen you defending the political prisoners of Colombia,” etc. to try to censor us. This same position is defended by almost all the reformist “left intellectuals,” including some directors of the Bogotá teachers’ union (ADE), who have openly declared the IRI anti-imperialist. In 2019, they even held a celebration of the founding of the IRI.

This festival was a real opportunity to struggle against the narrow sectarianism and evasion by some “left” intellectuals with petty attitudes. These forces criticize our support of “others” and want us to limit ourselves to the problems of “our” country (i.e. Colombia). This time, they ask “why only Iran?” Other times they ask “why only Palestine or Iraq, or Afghanistan, or Brazil?” Or they ask “why only women or LGBT?” Or “why only at festivals?” Or “why only at Universities?” Or “why only in neighborhoods?” and so on ad nauseam! It is necessary to carry out struggle to transform their way of thinking which takes individualism to another level. There have been some successes in this struggle.

The world cannot allow what the IRI has done since its founding in 1979, nor allow again the complete elimination of a generation of brave and powerful critical minds. The courage and sacrifice of the masses and of the voices of conscience must receive a response of frank global support in various social sectors. In this sense, it ` key that artists, lawyers, and journalists welcome the Appeal and urgently disseminate it in all possible ways and in all possible areas. As the Appeal puts it: The Lives of Iran’s Political Prisoners Hang in the Balance—We Must ACT Now!... tirelessly. 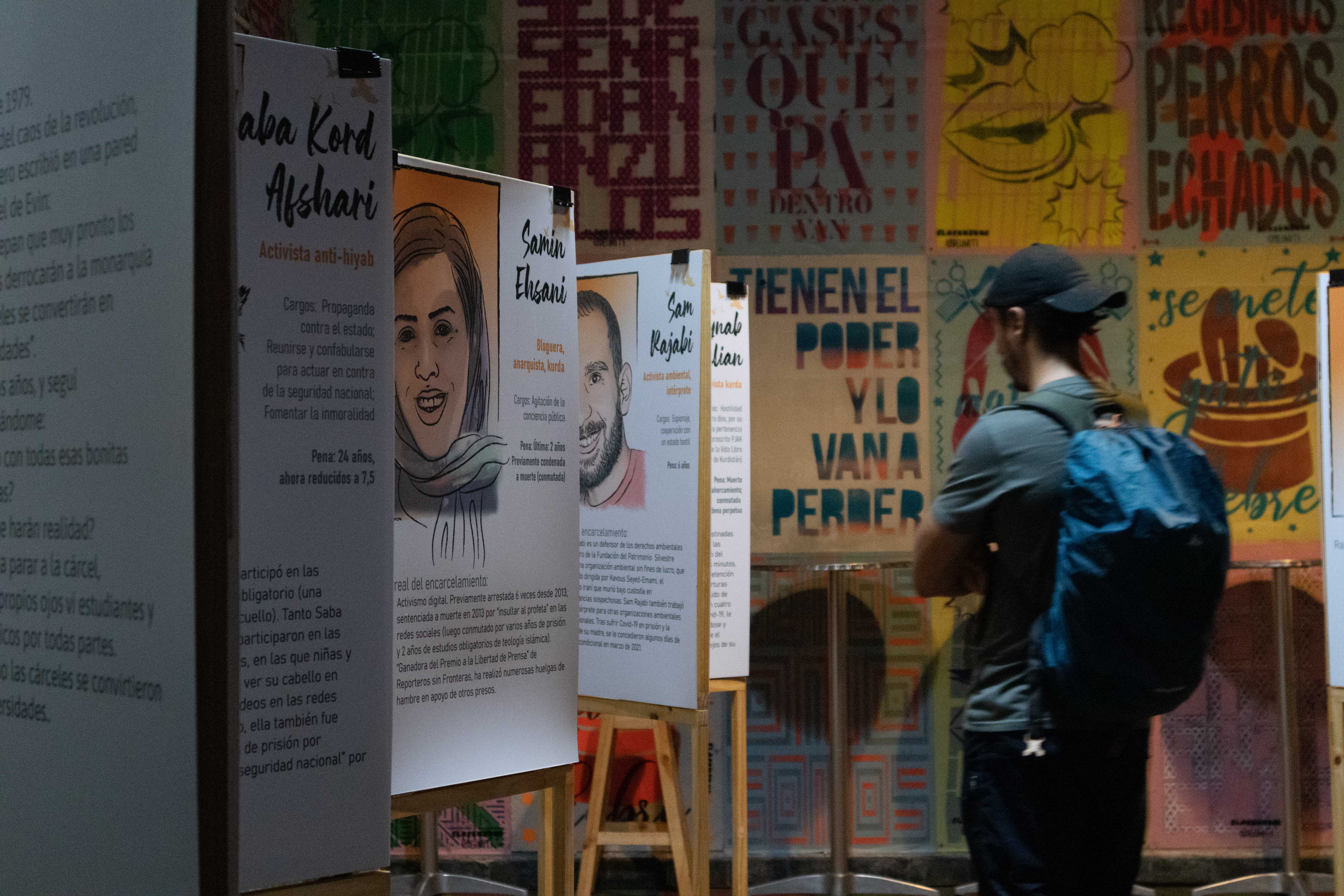 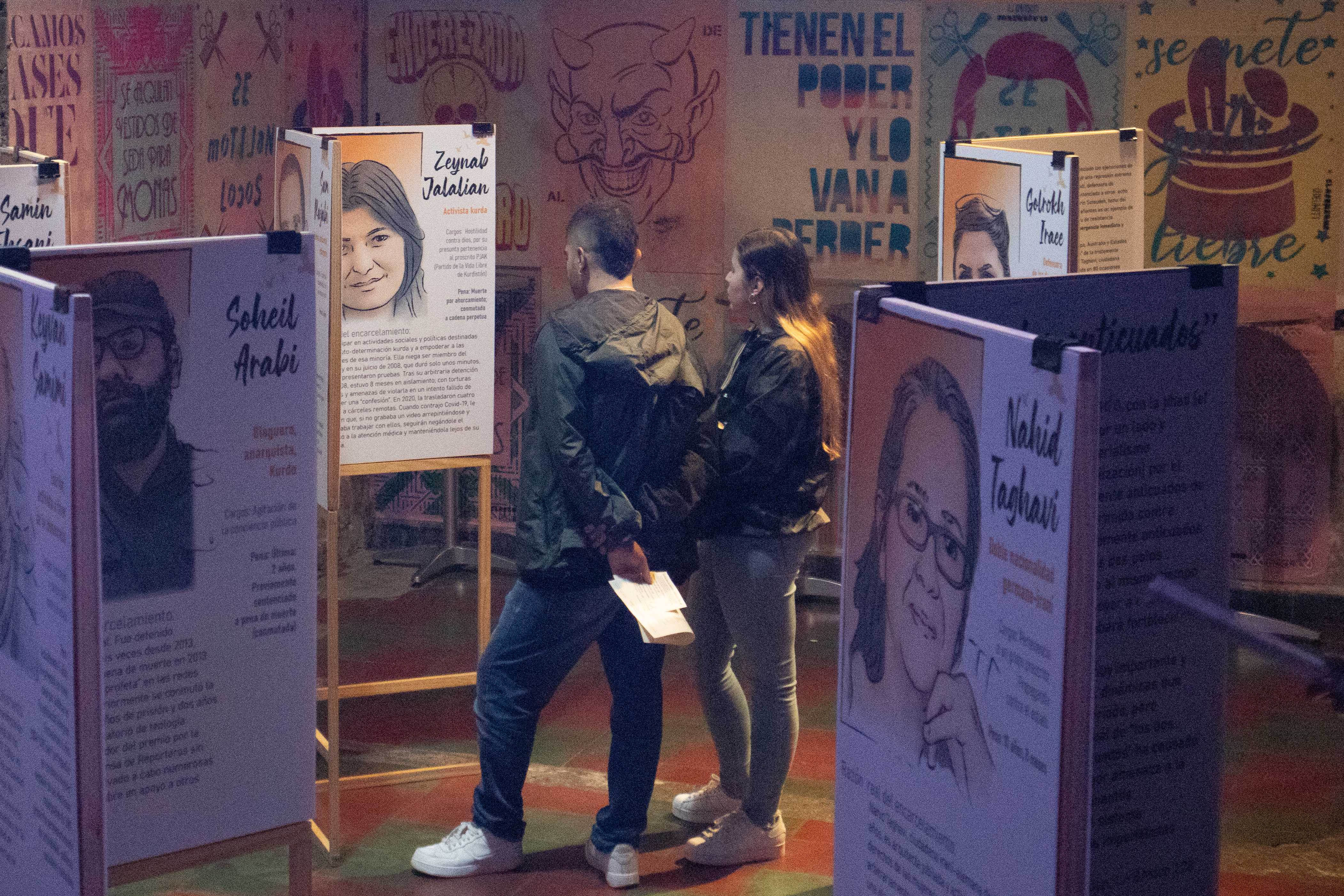 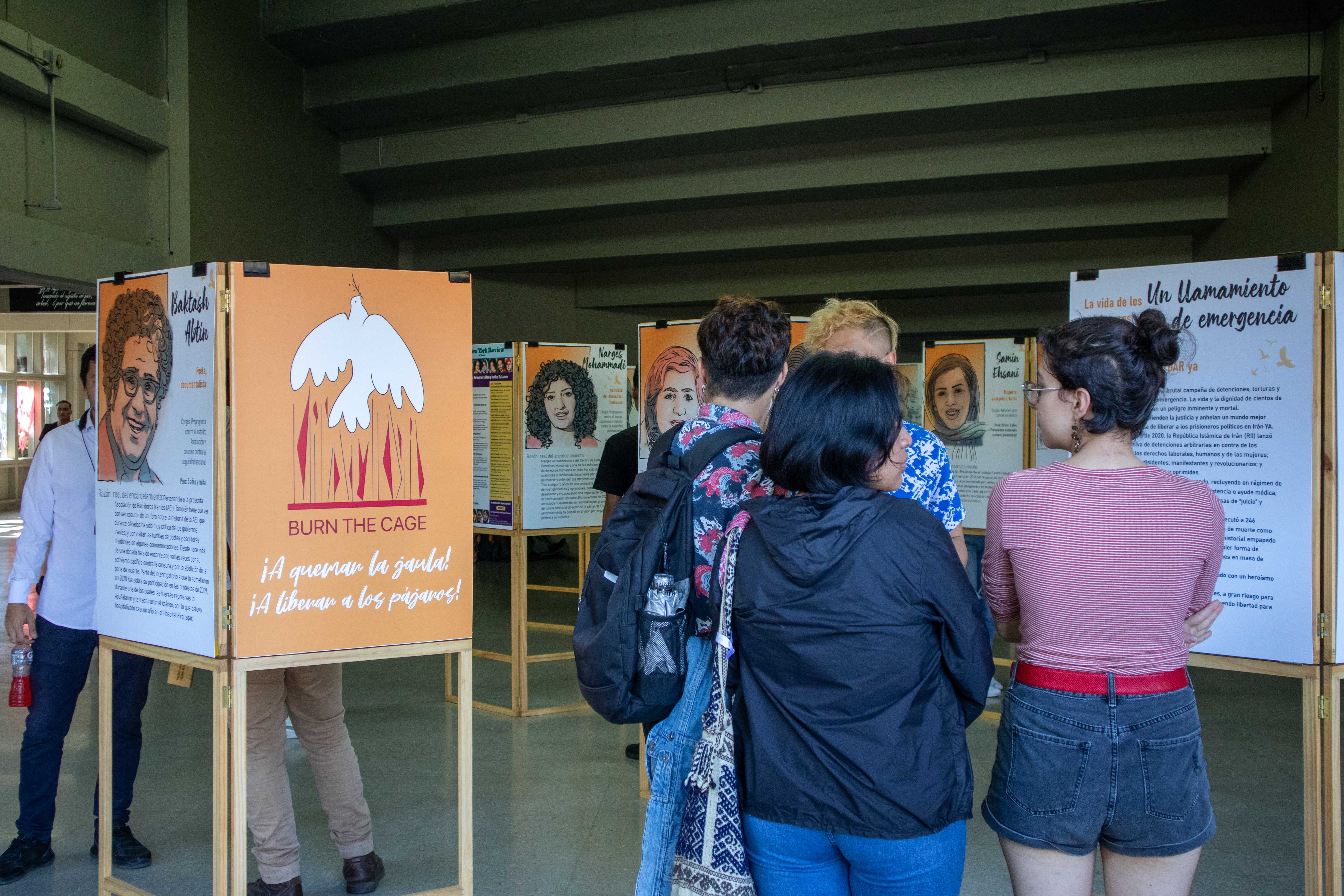 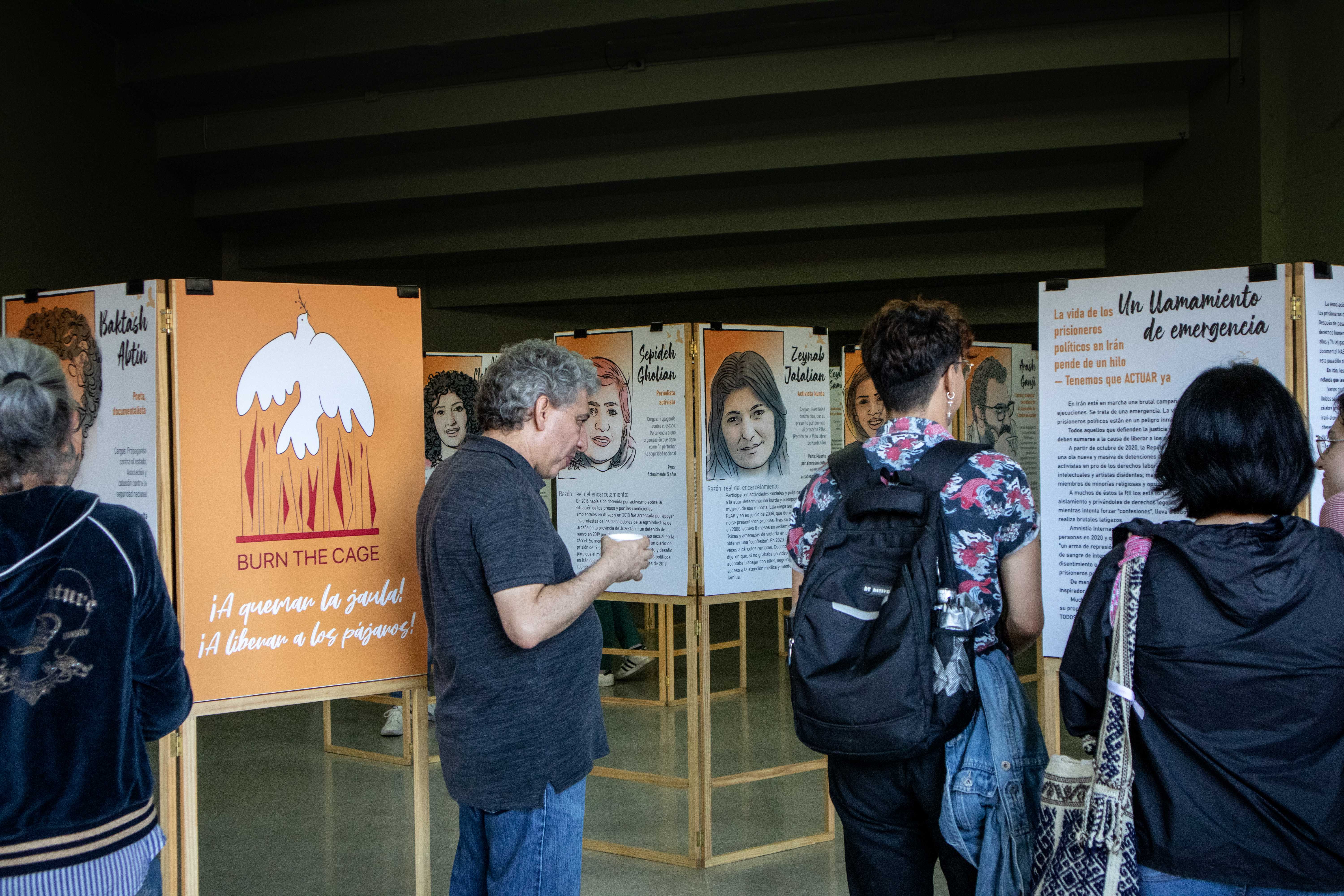 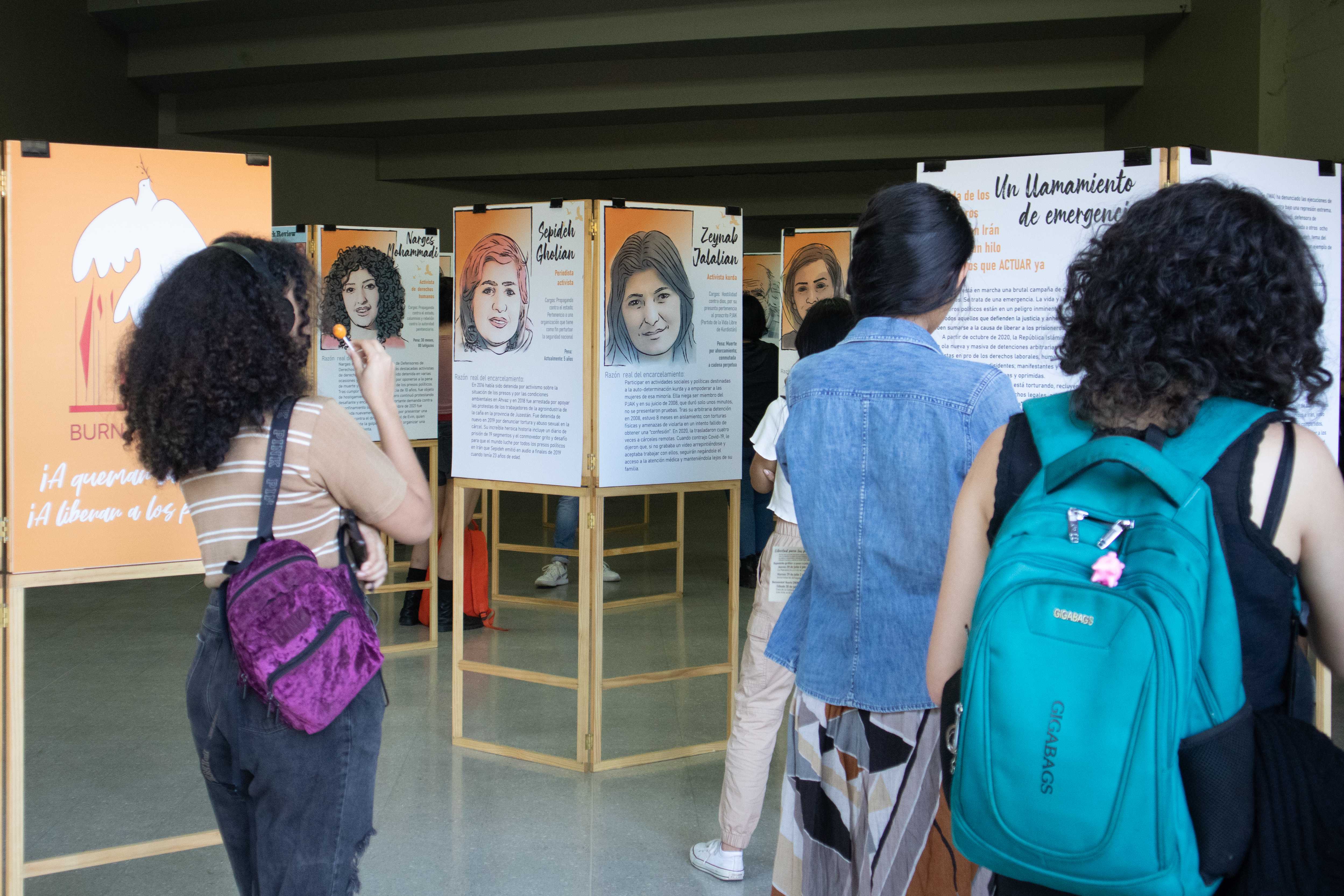 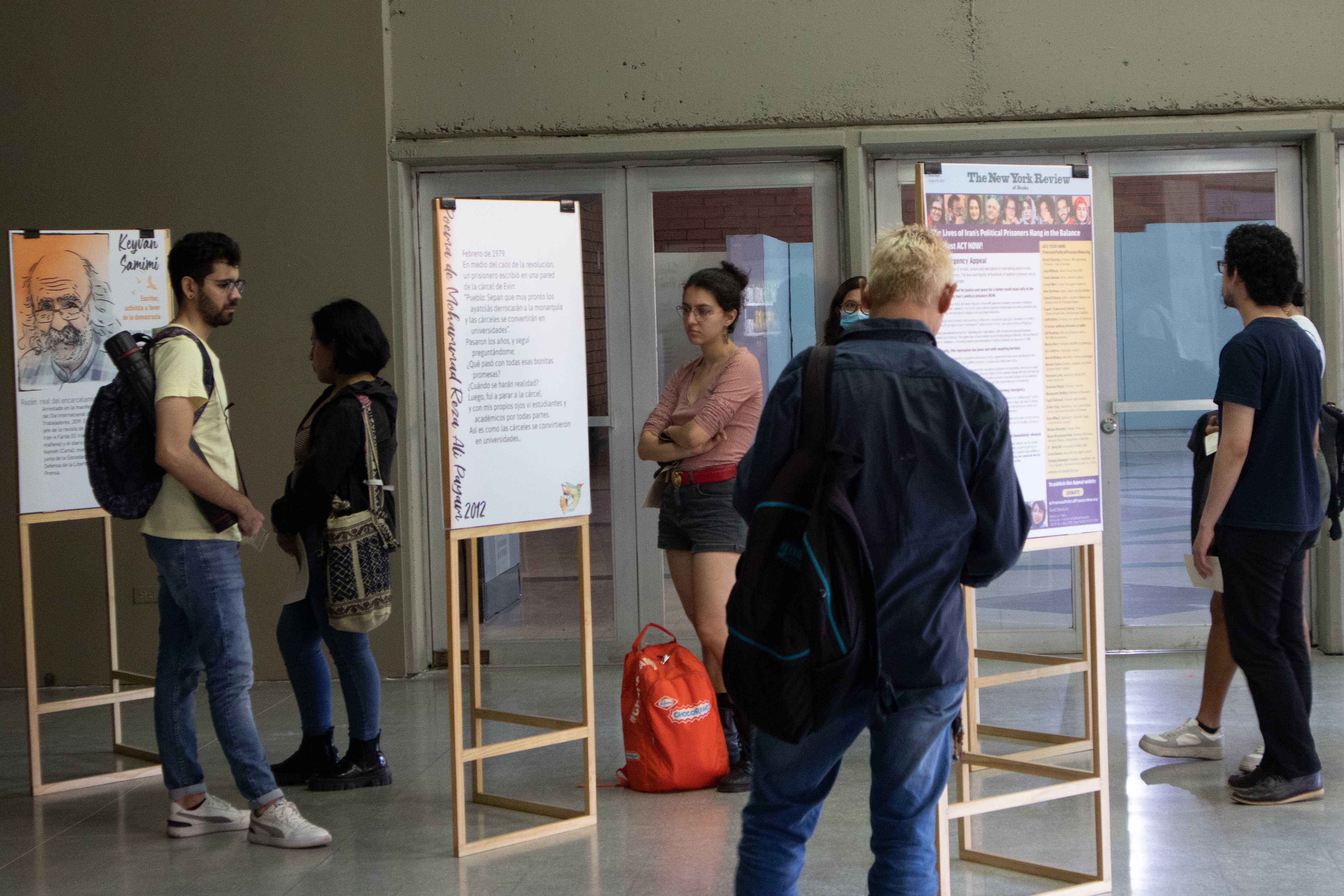 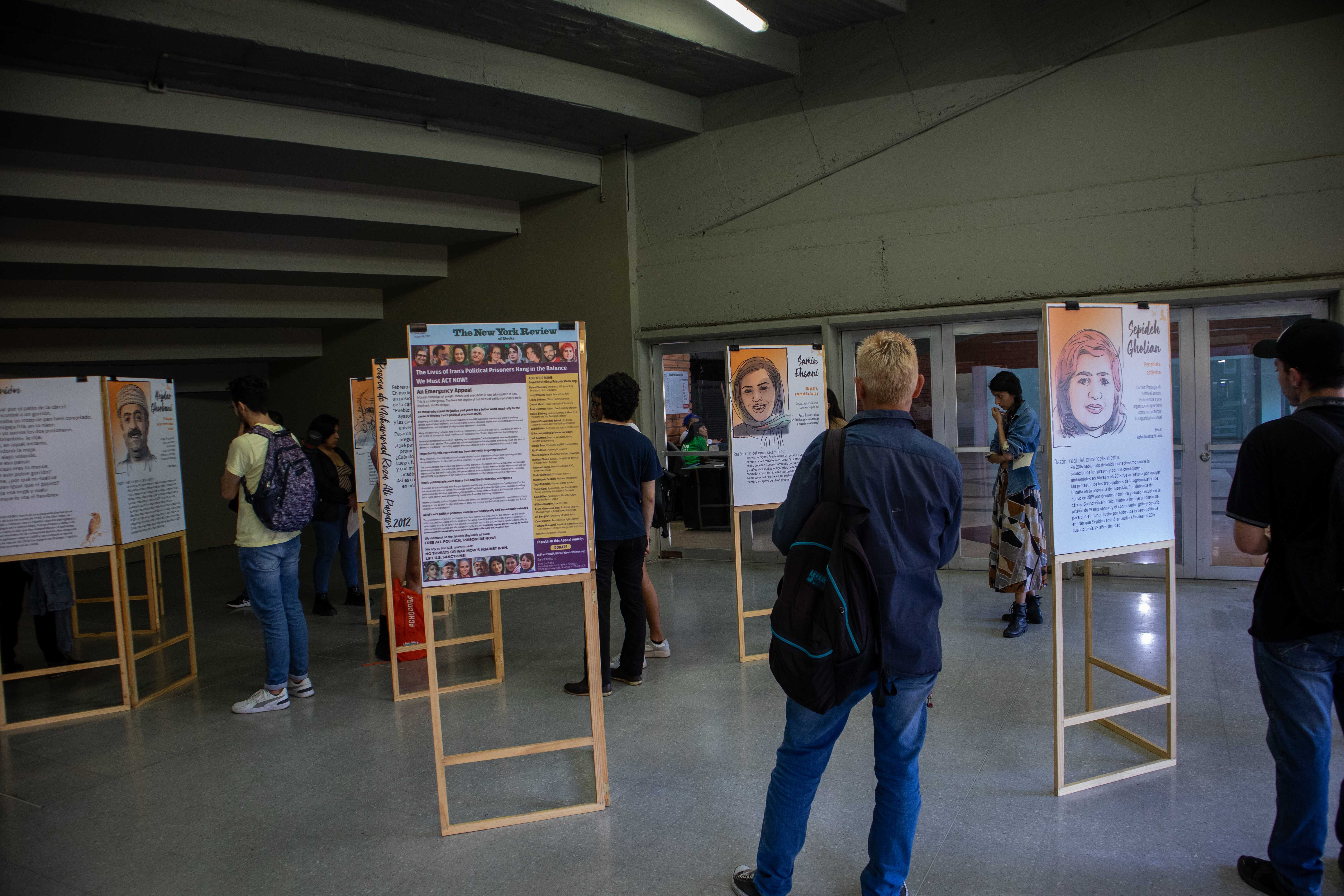 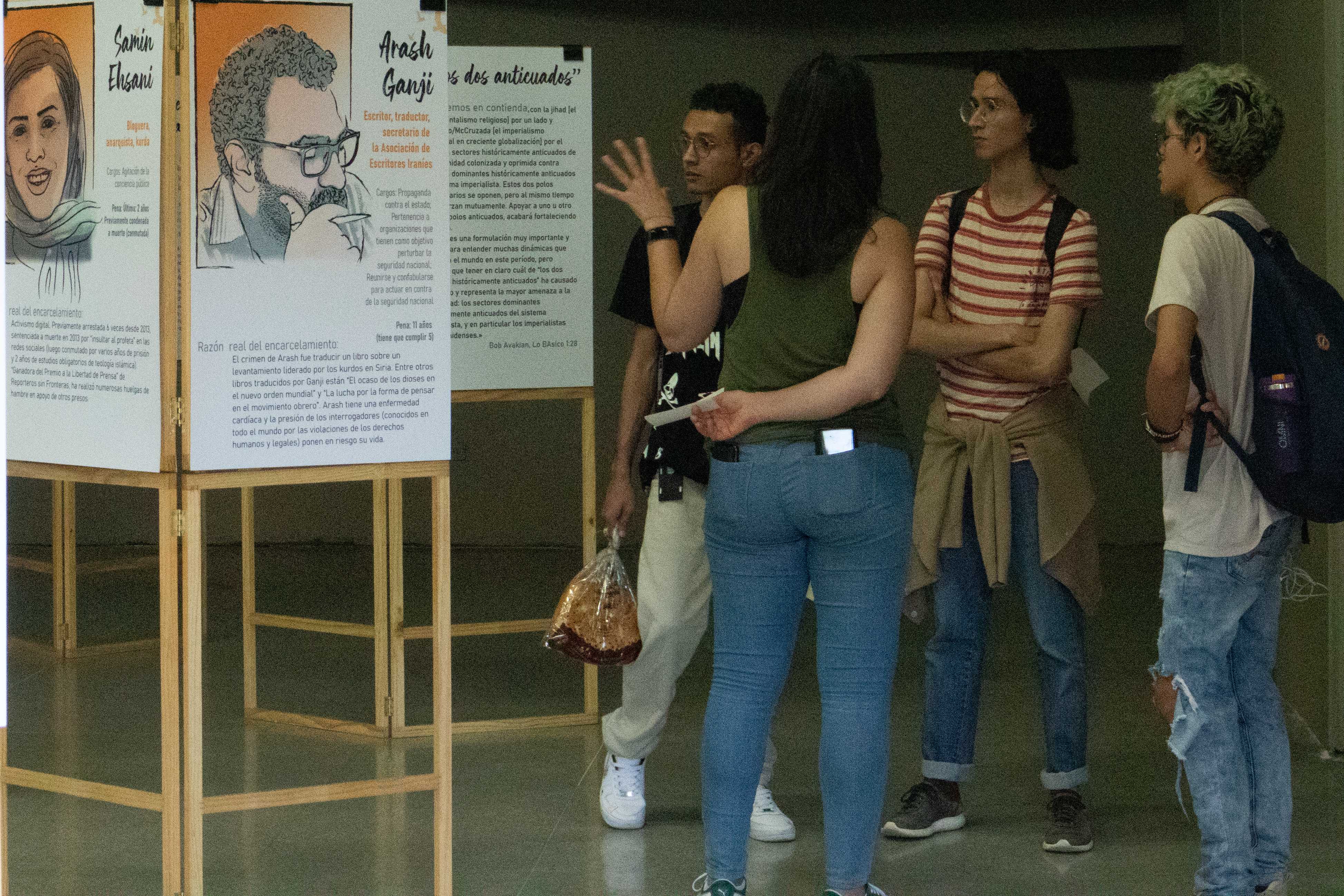 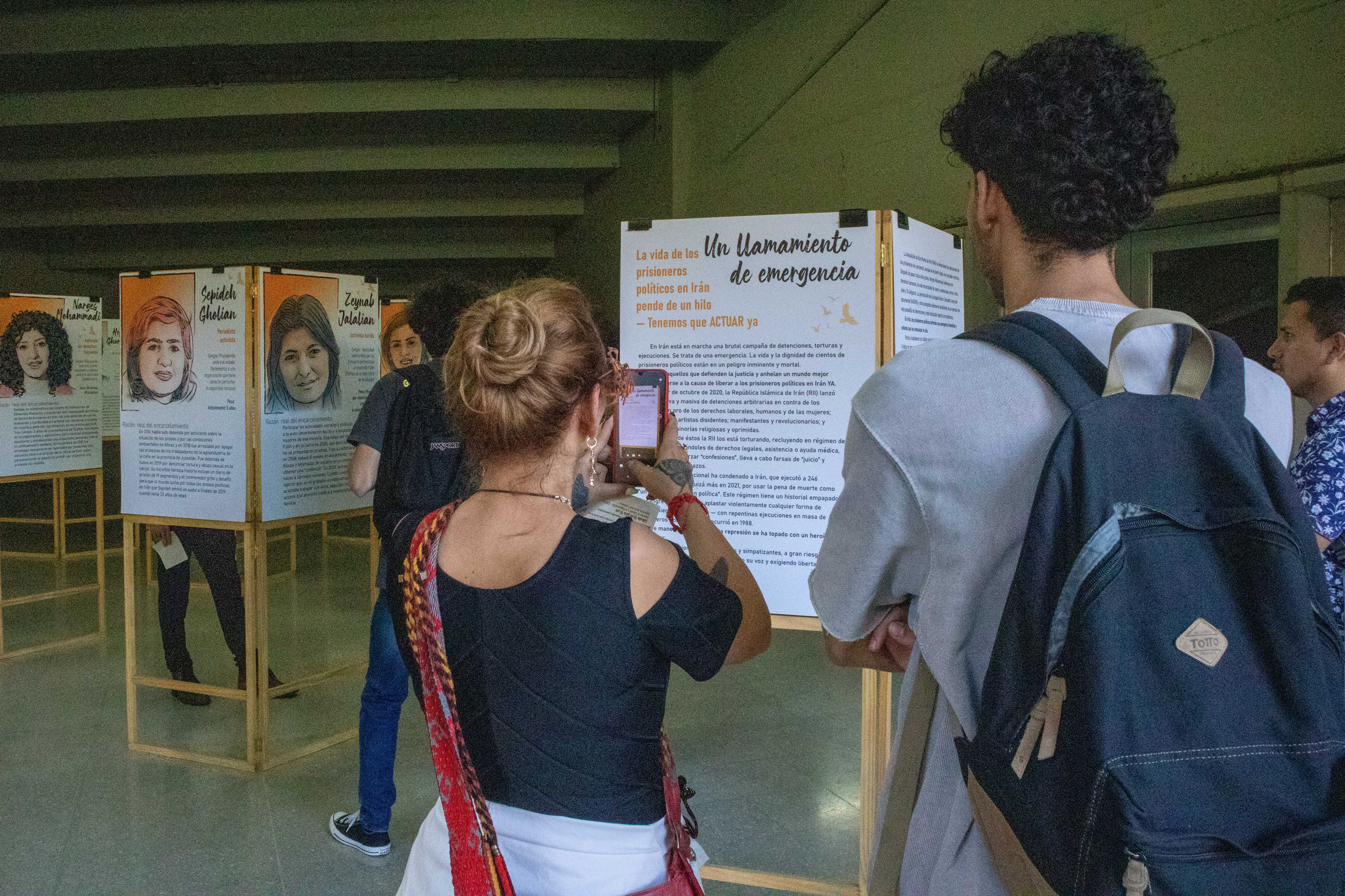