Gallery of some of Iran's political prisoners

Here is just a tiny snapshot. For more on these and other prisoners, visit our Updates and Prisoner News pages, videos and other websites listed under Resources.

See an illustrated version in Spanish created in 2021 by Grupo Comunista Revolucionario, Colombia.

Who are the political prisoners highlighted in the ad in Ms. summer 2022?

Scroll down to see description for each, in order by last name.

*View prisoners who were deceased or released since Aug 2021 NYRB ad publication. 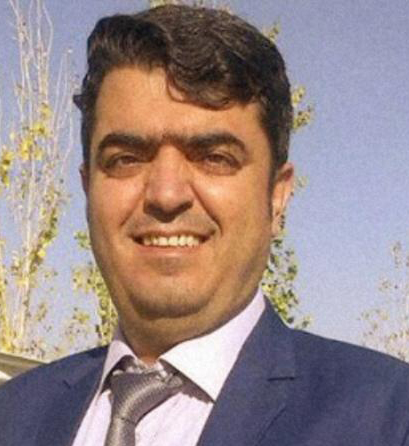 Esmail
Abdi
Teachers' union leader
Charge:
Propaganda against the state, collusion against national security.
Sentence:
In prison since 2015. Original sentence: 6 years; when his release date came up, re-sentenced to another 10 years on an old charge
Real reason for imprisonment: 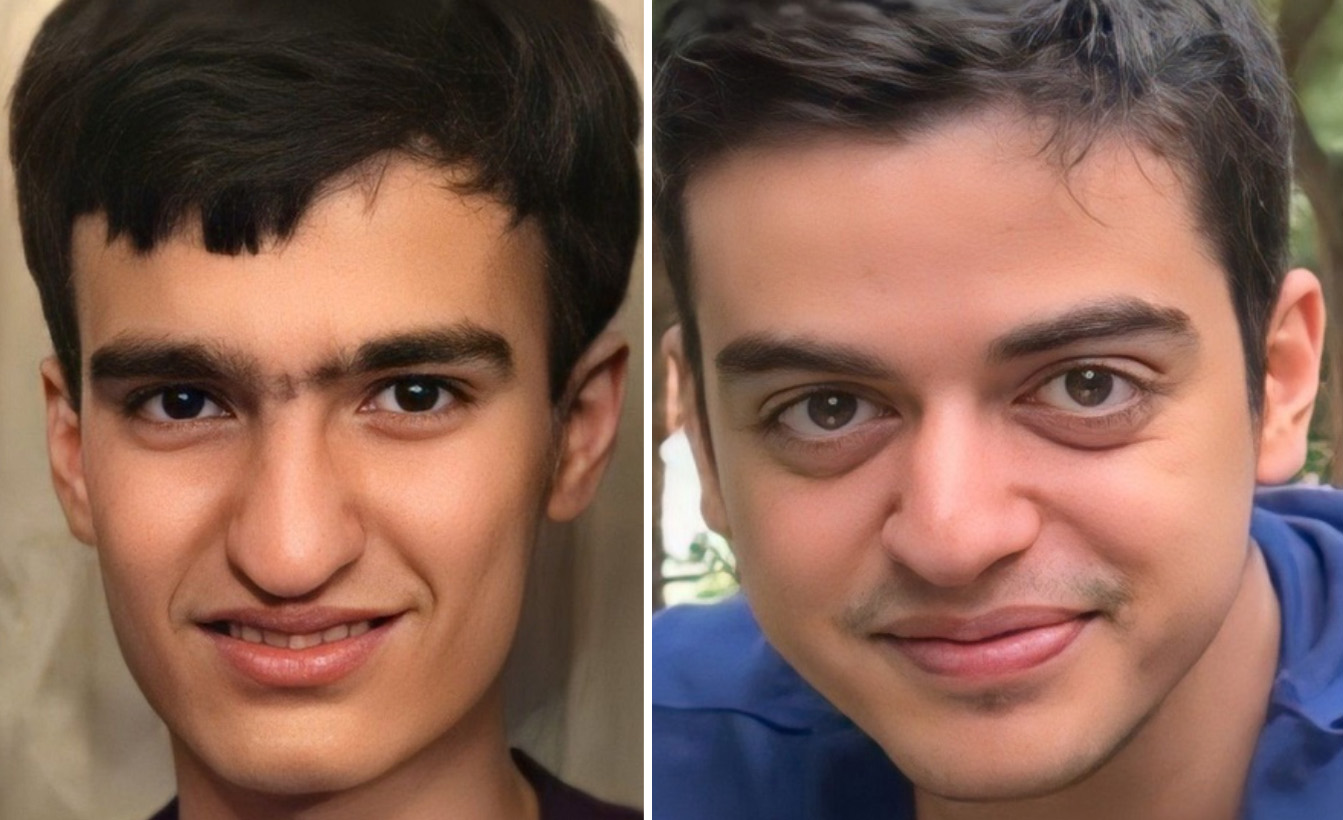 Both Younesi and Moradi, Olympiad astronomy students at Sharif University of Technology, were violently arrested in April 2020 at age 20 and forced under torture in harsh solitary confinement into on-camera confessions for state TV, which they later disavowed. Sentence upheld on appeal June 2022. 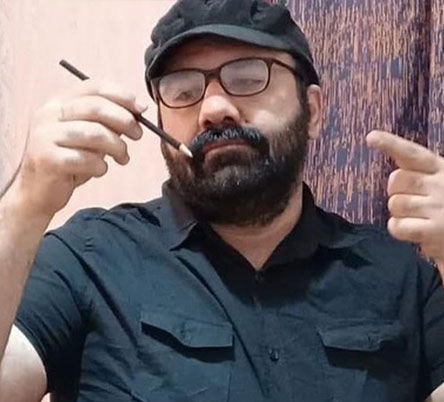 Digital activism. Previously arrested 6 times since 2013, sentenced to death in 2013 for "insulting the prophet" on social media (later commuted to several years in prison and 2 years of mandatory Islamic theology study. Reporters Without Borders "Press Freedom Prize Winner", he has conducted numerous hunger strikes in support of other prisoners.

Update August 2022: Arabi's mother, Farangis Mazlum, was taken to Evin Prison to serve an 18-month sentence for "conspiracy to commit a crime" and "propaganda against the regime" for her efforts to free her son and all political prisoners. A doctor had determined that the 55-year-old woman was not medically fit to endure prison. 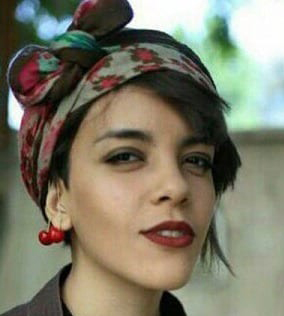 Yasaman Aryani, 24 years old, and her mother Monireh Arabshahi appeared in a video celebrating International Women's Day by passing out flowers to women in a Tehran subway.

Arrested in April 2019 (one day before her mother's arrest), Aryani was held in solitary confinement for nine days, during which security forces threatened to arrest her younger sibling and father unless she appeared on camera expressing “repentance” for sending videos of themselves without head coverings to the White Wednesdays social media campaign. They taunted her that her case had been forgotten by the outside world.

Yasaman and Monireh were each sentenced to 16 years in prison, later reduced to 9.5 years. They were banished to remote Kachouii Prison in Karaj on October 22, 2020. 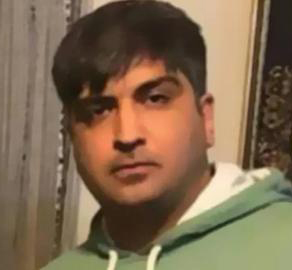 Arrested in mass protests of Nov 2019. When denied parole after first 20 months in prison, began hunger strike, May 2022 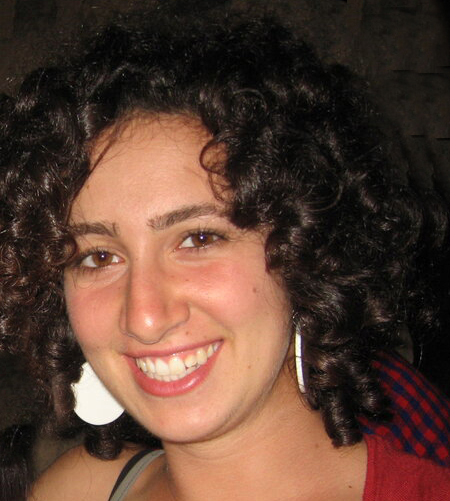 Born in Iran, Niloufar Bayani holds an MA in Conservation Biology from Columbia University and worked for the UN Environmental Programme. In 2017 she joined other wildlife conservationists in the Persian Wildlife Heritage Foundation to monitor the endangered Asian Cheetah. In 2018 she and 7 others in the group were arrested and charged with espionage.

Bayani was held incomunicado in solitary for 8 months in Evin Prison and interrogated for 1,200 hours. In an open letter to Supreme Leader Khameini, she details how interrogators threatened her with rape and death, threatened to torture and kill her parents, made her imitate the sounds of wild animals, stripped her and forced her to take part in their sexual games.

She was sentenced for "collaborating with the US enemy state" in a trial without proof or legal representation. 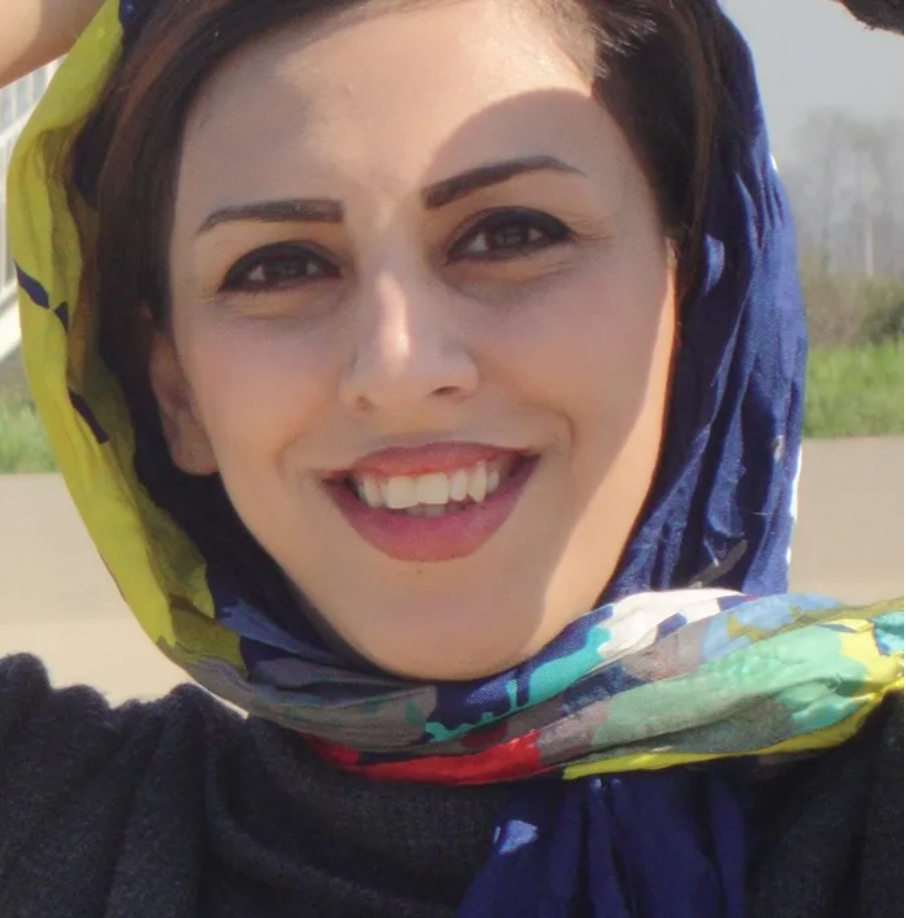 Shortly before her first arrest, Samin Ehsani helped a number of Afghan children who do not have access to education in Iran by holding classes for them. Organizing this educational activity was one of the charges against her.

Iranian Baha'is have been systematically persecuted as a matter of government policy. During the regime's first decade, more than 200 of Iran’s Baha'is were killed or executed. Hundreds more were tortured or imprisoned, and tens of thousands lost jobs, access to education, and other rights – all solely because of their religious belief. 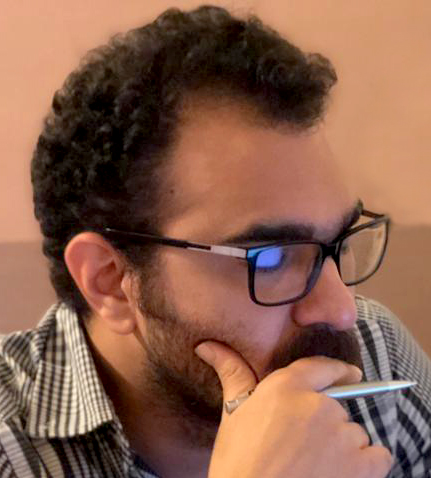 Ganji's crime was translating a book about a Kurdish-led uprising in Syria. 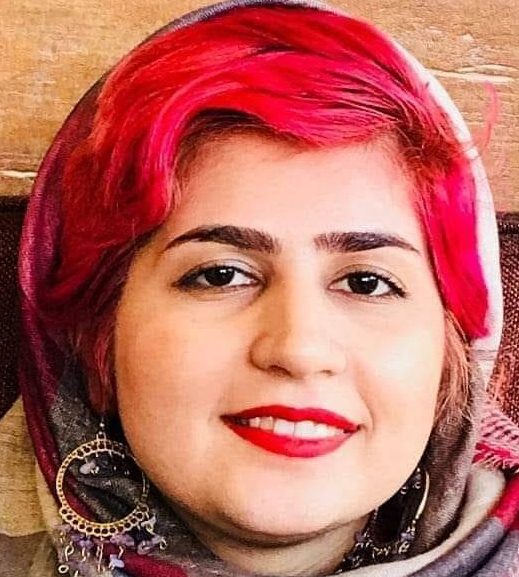 Re-arrested in 2019 for denouncing torture and sexual abuse while in prison for participation in earlier public protests. In 2018, she was arrested for solidarity with Haft-Tapeh workers' protests, and in 2016 for activism about the situation of unknown prisoners and environmental conditions in the city of Ahvaz. 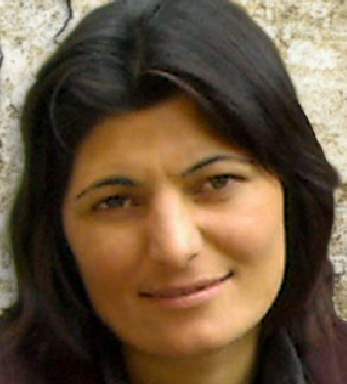 Zeynab
Jalalian
Kurdish activist
Charge:
Enmity against God due to alleged membership in the banned Party of Free Life of Kurdistan
Sentence:
Death by hanging; commuted to life imprisonment
Real reason for imprisonment:

According to Amnesty International, Jalalian participated in social and political activities aimed at empowerment of women of the Kurdish minority and at Kurdish self-determination. She denies membership in the Party of Free Life of Kurdistan, and the state presented no evidence of her participation in any "terrorist" actions at her 2008 trial, which lasted only a few minutes without the presence of a defense lawyer.

Following her arbitrary arrest in 2008, she was held in solitary confinement for 8 months; interrogators flogged the soles of her feet, punched her in the stomach, hit her head against a wall and threatened her with rape, in a failed effort to extract a "confession".

Four times between April and November 2020, the IRI has suddenly transferred her to different far-flung prisons. In June 2020, when she was diagnosed with COVID-19, interrogators from the ministry of intelligence told her that unless she makes videotaped “confessions” repenting and agrees to work with them, they will continue to deny her access to health care and keep her far from her family home. 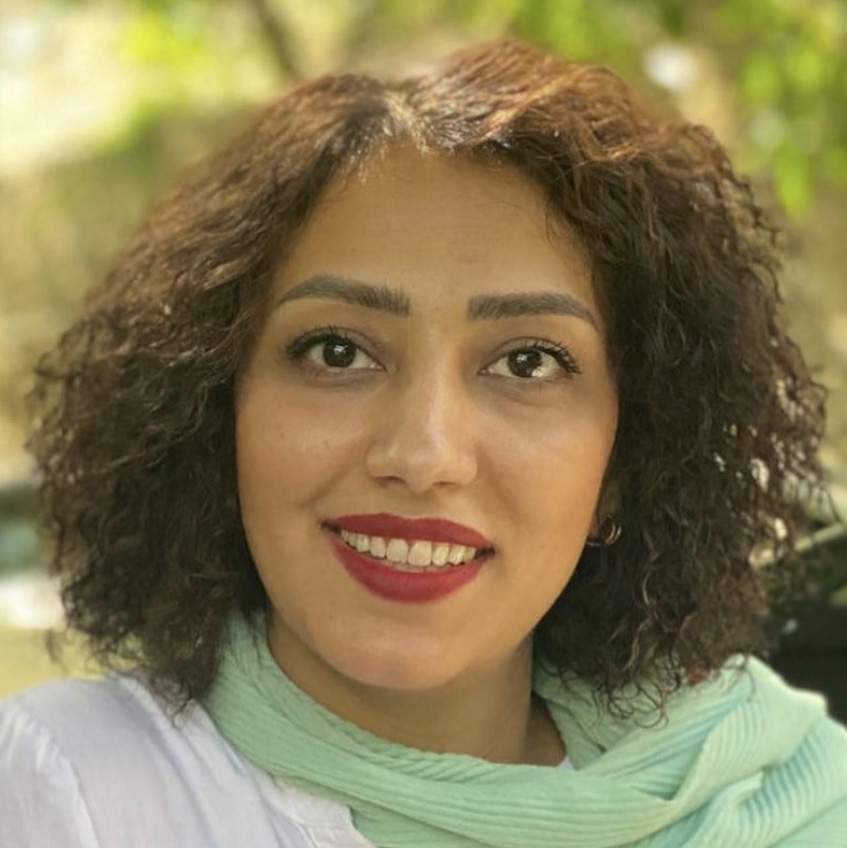 Arrested June 14, 2022, at her family's house, currently in solitary confinement and on hunger strike since her arrest. Her brother, Mostafa Karim- Beigi, was killed by police during the 2009 protests, and her family has frequently been in the news for continuing to demand justice. 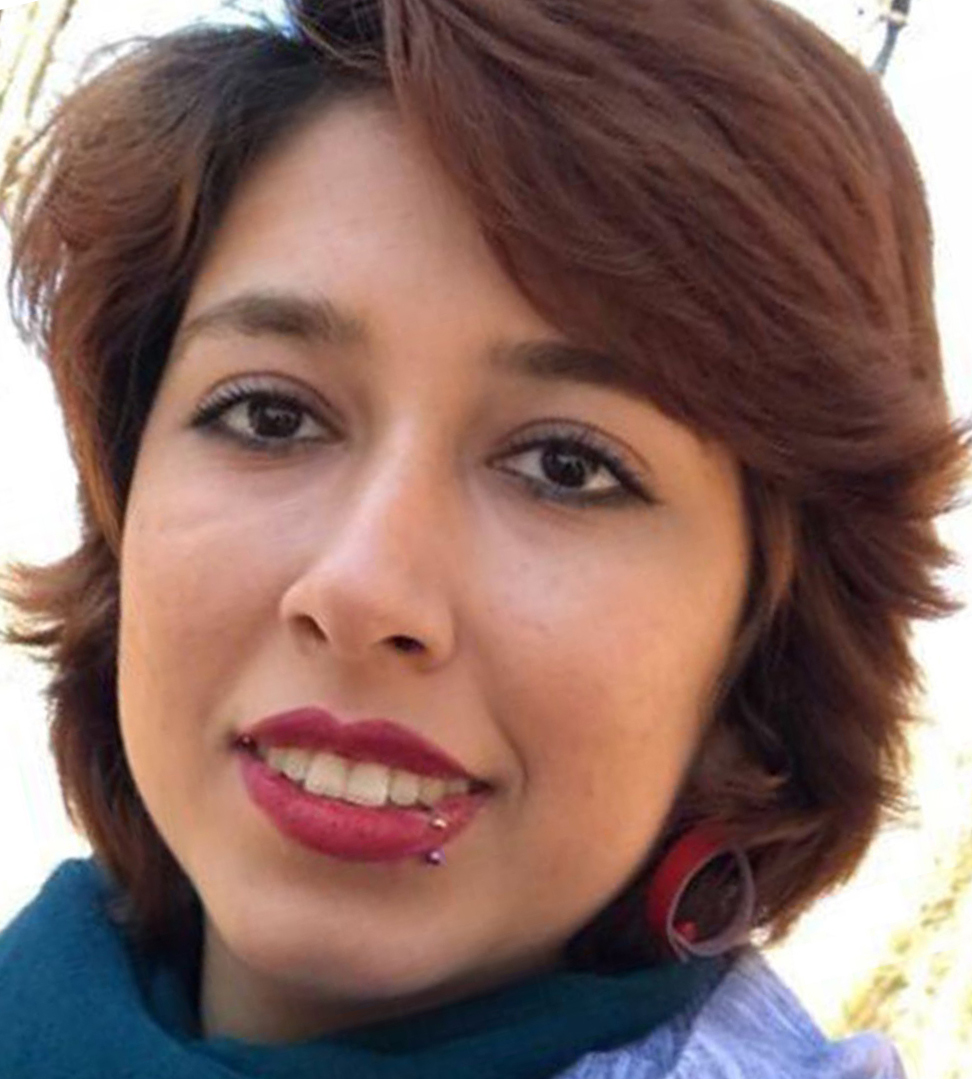 At 20 years old, Saba Kord Afshari participated in protests against the compulsory hijab in 2018. When her mother, Raheleh Ahmadi, made videos on social media protesting the arrest, she too was arrested, and sentenced to 3.5 years in prison for "conspiracy and collusion against national security" for speaking to “dissident” media. 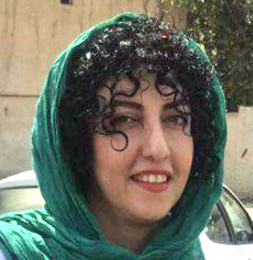 Deputy Director of the Defenders of Human Rights Center, she is one of the most prominent Iranian human rights activists. She has been arrested repeatedly and sentenced heavily for objecting the death penalty and defending the rights of political prisoners. After serving 5 years of a 10-year sentence, she was subject to repeated harassment and assault, yet continued to protest defiantly and spearheading a major lawsuit against solitary confinement. In November 2021 she was rearrested in retaliation for her filing a complaint against the Evin Prison Director, who personally beat her in prison for organizing a nonviolent sit-in. 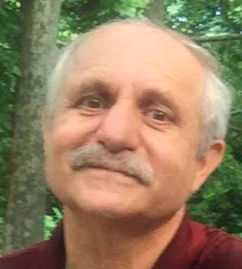 A labor rights activist who splits his time between England and Iran, Mehran was arrested in October 2020 during a wave of arbitrary detentions ahead of anniversary of 2019 uprising. He was held in solitary confinement without any contact with a lawyer or close family member for five months, until the eve of his first court appearance. 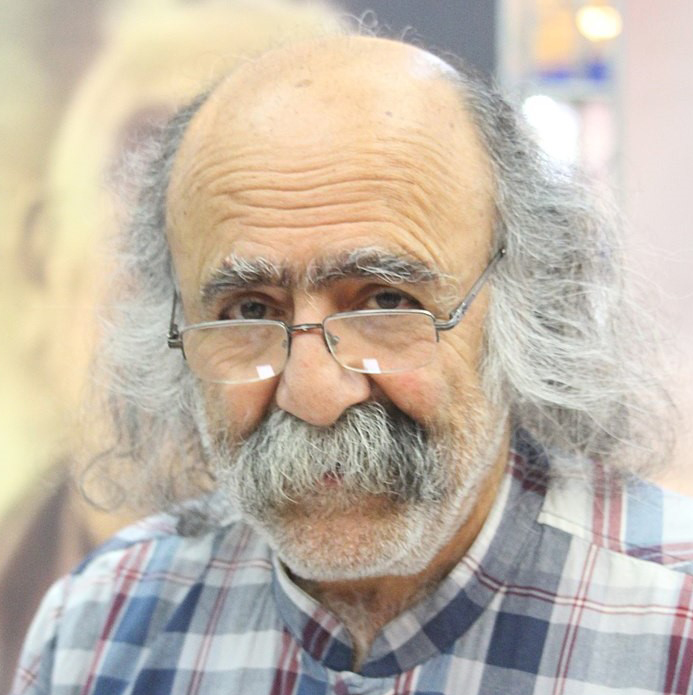 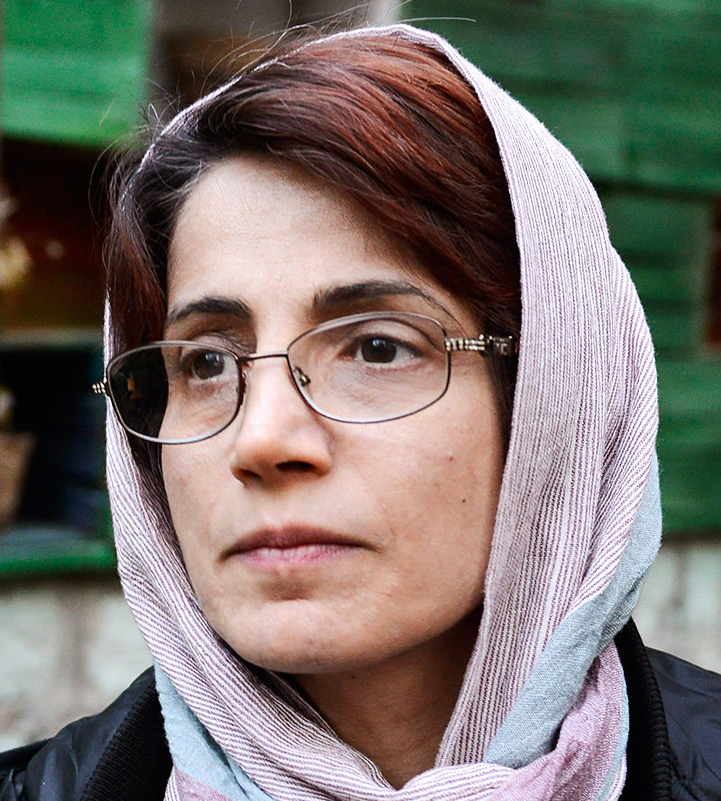 Nasrin acted as the lawyer for women’s rights activists who protested against the compulsory veiling in Iran. For years, she has defended activists for trade union and human rights struggles, and religious minorities such as Bahai.

As of 2022, she was placed on temporary medical furlough. 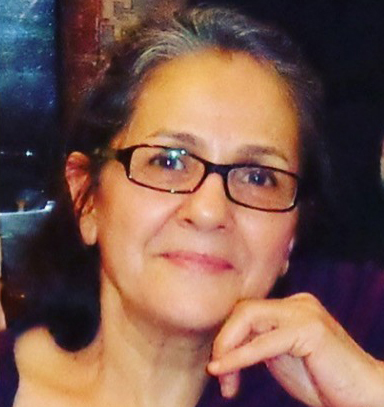 A 66-year-old Iranian-German citizen, Nahid Taghavi is a retired architect and women’s rights activist who was arbitrarily arrested in October 2020 during a wave of detentions ahead of the anniversary of the November 2020 uprising. She spent 194 days in solitary confinement and was interrogated 80 times for a total of 1,000 hours, all without legal counsel or medical treatment for her diabetes and hypertension. 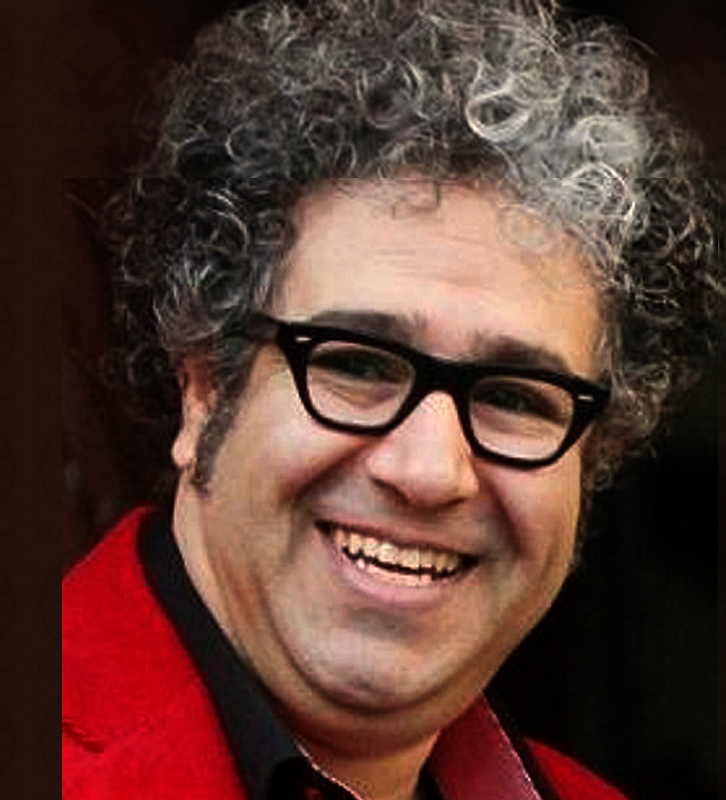 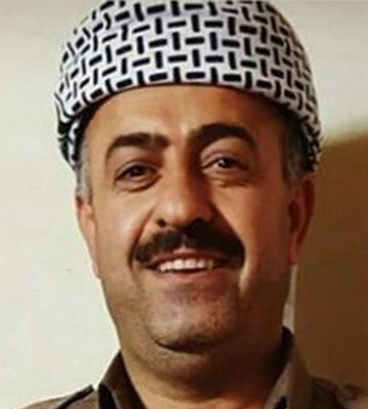 On Dec 19, 2021, Ghorbani was secretly hanged despite international outcry denouncing his sham trial and torture. Ghorbani was a member of Independent Trade Union of Iran and an ethnic Kurd. Crowds gathered outside his home in Kurdistan to protest his execution.

Arrested in 2016; tried in several cases for alleged membership in Kurdish Democratic Party and "armed rebellion", for which he was sentenced to death in 2019. The only "evidence" presented, according to Amnesty International, was a forced "confession" obtained through torture and videotaped to be shown on TV. In mid August 2021, the regime refused to grant his lawyer's request for a retrial, and upheld the death sentence.

Released or Furloughed, as of July 2022 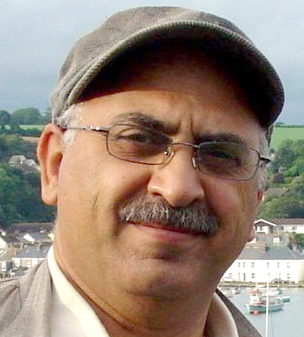 A 67-year-old retired engineer and father of two, Ashoori was arrested by Iranian Military Intelligence officials in August 2017 when he traveled to Iran to visit his elderly mother. His grossly unfair trial was based solely on torture-tainted “confessions”. 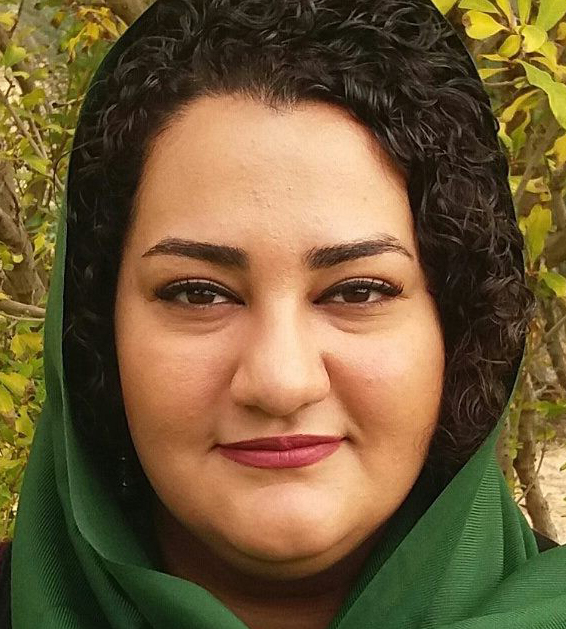 First arrested in 2014 and again in 2016, Atena Daemi was incarcerated in solitary confinements for long periods of time for passing out leaflets opposing the death penalty and criticizing Iran's execution record on social media. She has repeatedly gone on hunger strikes to protest prison conditions and the death penalty while behind bars at Evin prison. In 2018 and again in 2020 she was tried for new charges of insulting the "Supreme Leader" and disrupting the public order for peaceful protests such as filing a complaint, sitting in, and chanting anti-government slogans inside Evin prison; her sentence was prolonged 2 more years, and she was exiled to distant Lakan prison.

She was released 7 months early in January 2022 after years-long international campaigns. 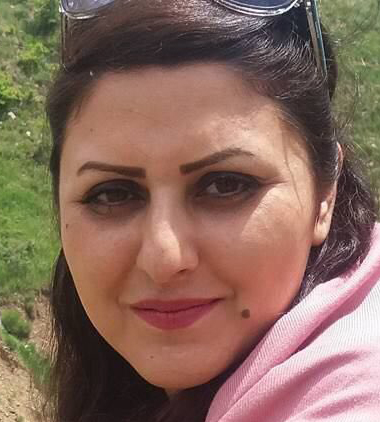 Golrokh
Iraee
Women's rights defender
Charge:
Insulting the sacred, propaganda against the state
Sentence:
Released May 2022 after combining her cases. Sentenced to six years in prison as of Oct 2016; in April 2021 sentenced in absentia additional year in prison plus 2-year ban on travel or participating in political groups
Real reason for imprisonment:

She wrote an unpublished story about stoning that was confiscated during a raid of her home by the Revolutionary Guards, aimed at her husband, human rights defender and former student activist Arash Sadeghi. 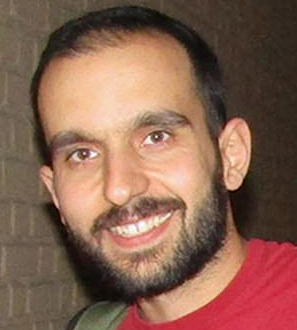 After suffering COVID-19 in prison and the death of his mother, he was granted a brief temporary parole in March 2021. 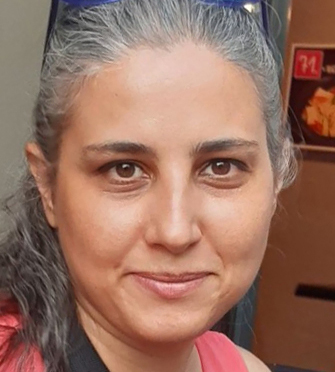 Arrested Oct 16, 2020, during the wave of arbitrary arrests ahead of the anniversary of the November 2019 uprising, she was held in solitary confinement in Evin Prison. Bahareh is 43 years old and works as a nurse; she suffers from lung disease due to contact with ill patients.

Former prisoners in Iran who have signed